First published in and written for Rubberneck (seems to have been closed down now), England 1997.

PLAYED BY MY INSTRUMENTS

The conception that music is played on instruments that produce tones is an obstacle against the understanding of the basis of music. Classicism has the highest status and is the model for "proper" music.

Musician and instrument are bodies in motion with direction, speed, density and pattern of movement that correspond to thought. Melody, harmony and rhythm correspond to a minor part that pretends to be a major one.

Harmonic vibration produces a tone, but periodic vibration is a special case. Resonance systems with tones seem to dominate in strength, but inharmonic systems, misleadingly called "percussive" are richer in timbre, however shorter sounds. Microphones open the soundworld where damping is as central as resonance.

In free improvised music the musicians think like composers. The music is made by (often) many equal people. The notion of "work" is different. The process is resulting in an object but doesn't replace it. Through creation, many contradictions disappear, but in ordinary classical concerts, they reappear. Only inspiration can mend the gap. 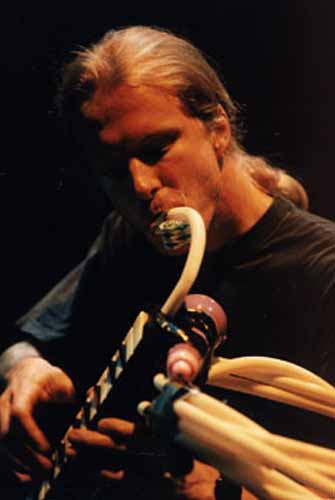